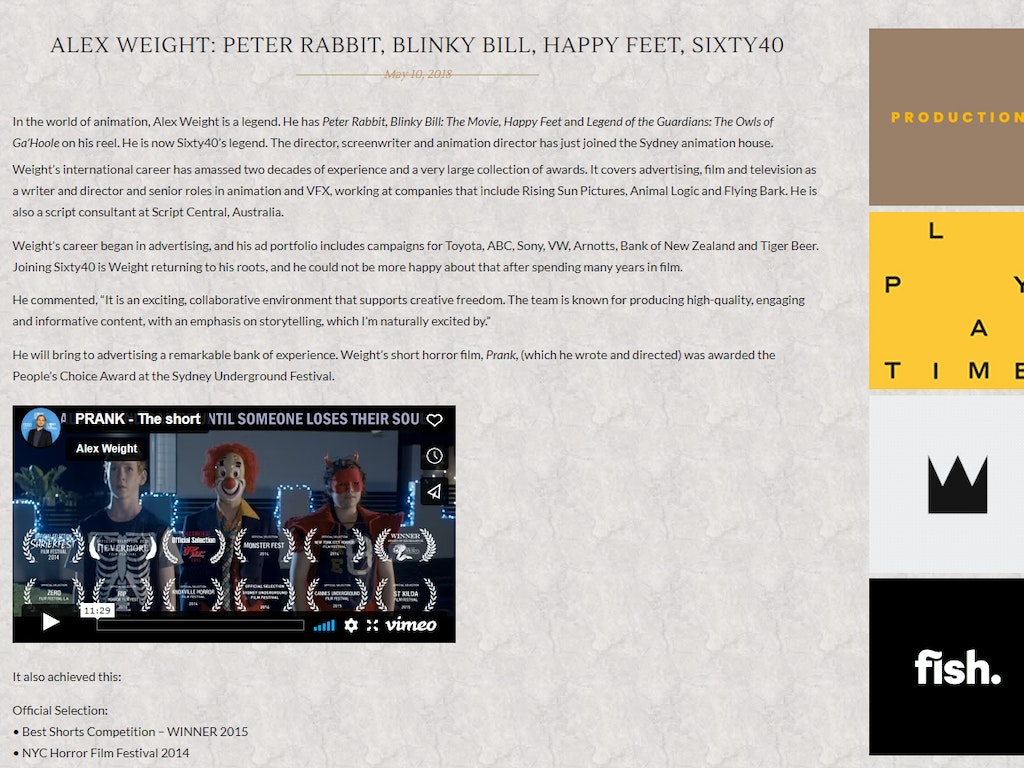 In the world of animation, Alex Weight is a legend. He has Peter Rabbit, Blinky Bill: The Movie, Happy Feet and Legend of the Guardians: The Owls of Ga’Hoole on his reel. He is now Sixty40’s legend. The director, screenwriter and animation director has just joined the Sydney animation house.

Weight’s international career has amassed two decades of experience and a very large collection of awards. It covers advertising, film and television as a writer and director and senior roles in animation and VFX, working at companies that include Rising Sun Pictures, Animal Logic and Flying Bark. He is also a script consultant at Script Central, Australia.

Weight’s career began in advertising, and his ad portfolio includes campaigns for Toyota, ABC, Sony, VW, Arnotts, Bank of New Zealand and Tiger Beer. Joining Sixty40 is Weight returning to his roots, and he could not be more happy about that after spending many years in film.

He commented, “It is an exciting, collaborative environment that supports creative freedom. The team is known for producing high-quality, engaging and informative content, with an emphasis on storytelling, which I’m naturally excited by.”

He will bring to advertising a remarkable bank of experience. Weight’s short horror film, Prank, (which he wrote and directed) was awarded the People’s Choice Award at the Sydney Underground Festival.

It also achieved this:

His most recent work is the animated feature, Peter Rabbit, on which he worked with Will Gluck as additional animation supervisor.

Weight also wrote and directed the Chinese animated feature films, Frog Kingdom 3 and Frog Kingdom 4. On Blinky Bill: The Movie, he wrote the treatment that was eventually green-lit and became its co-director. On Zack Snyder’s Legend of the Guardians: The Owls of Ga’Hoole he was animation supervisor. On George of the Jungle 2 he was senior animator. And on Happy Feet he was lead animator. That film won an Oscar. Following Happy Feet, Weight was invited to mentor the graduating students in Media Studies at AFTRS School.

Sixty40 executive producer, Will Alexander, added, “We are thrilled to welcome such an experienced and creatively-driven storyteller who adds to our strong and diverse roster. His commitment to craft and unique eye for story and character development will ensure he’ll be kept busy tackling exciting briefs from the get-go.” 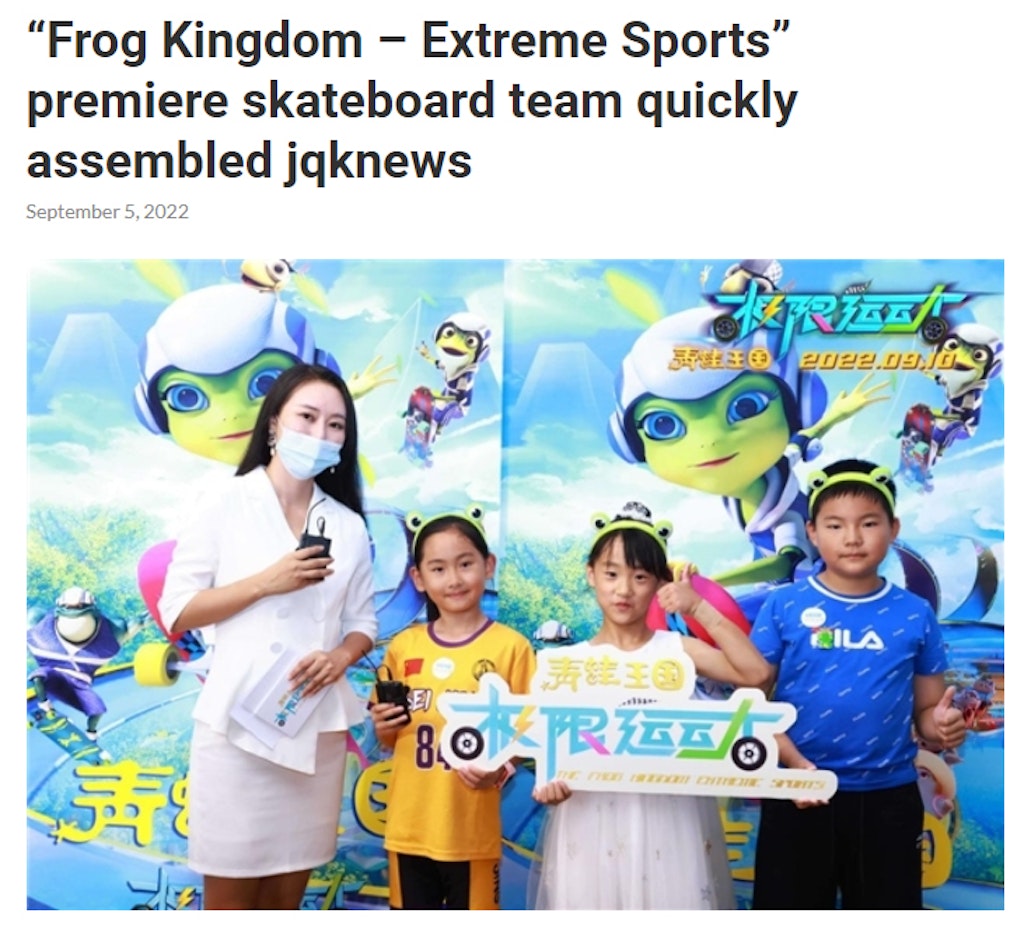 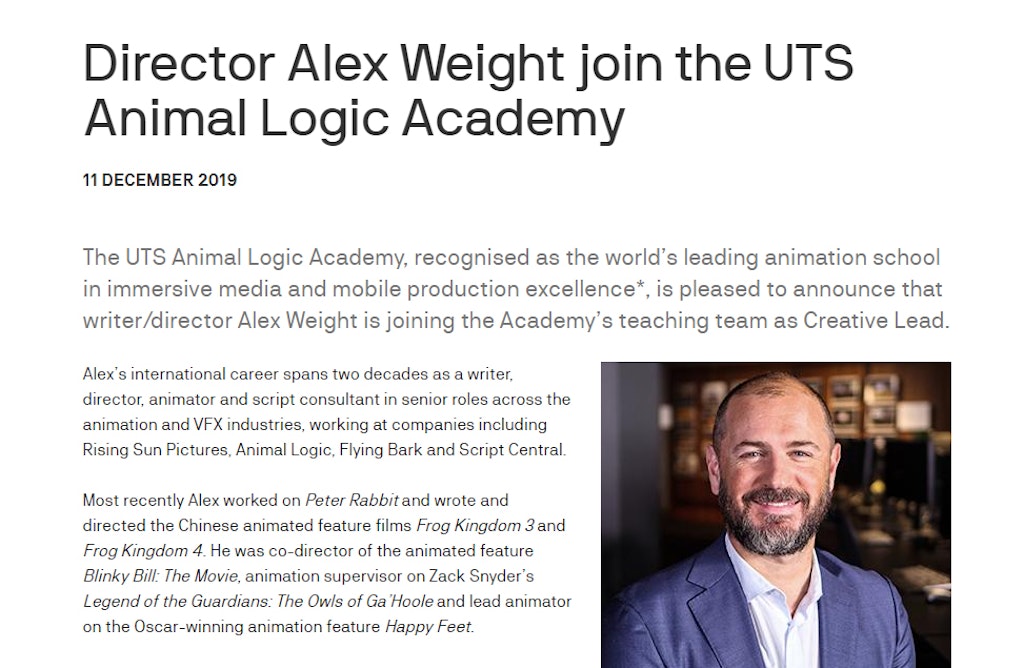 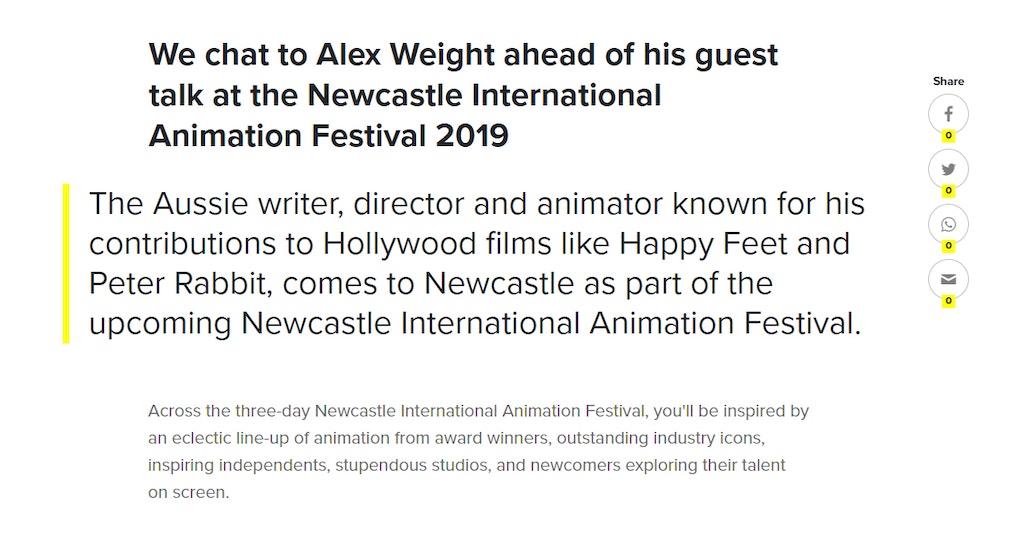 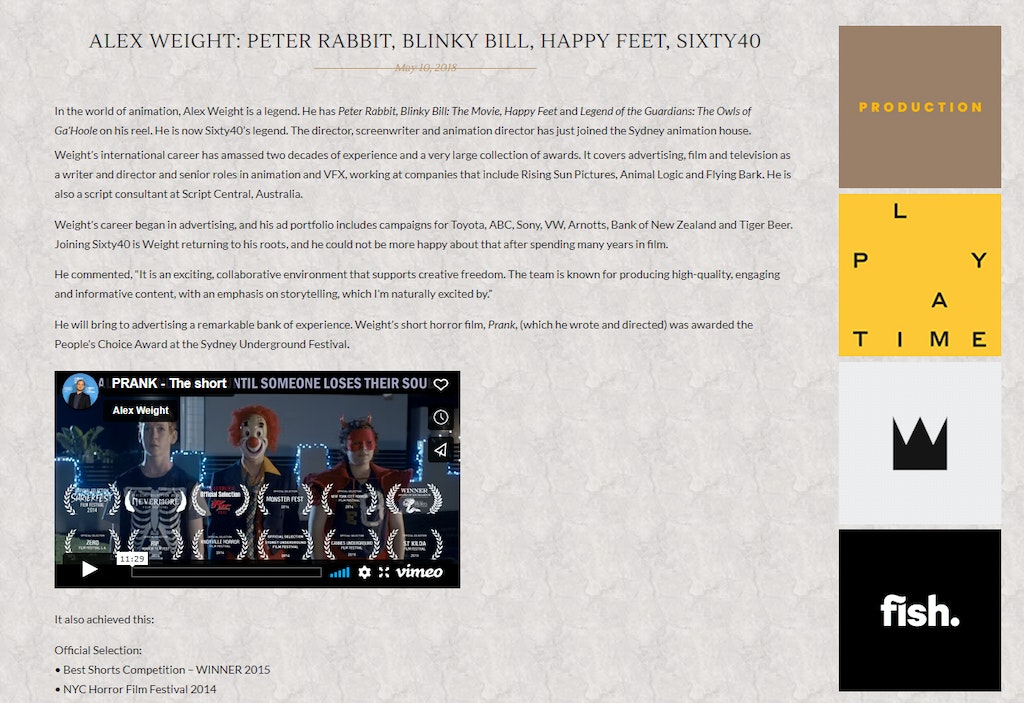